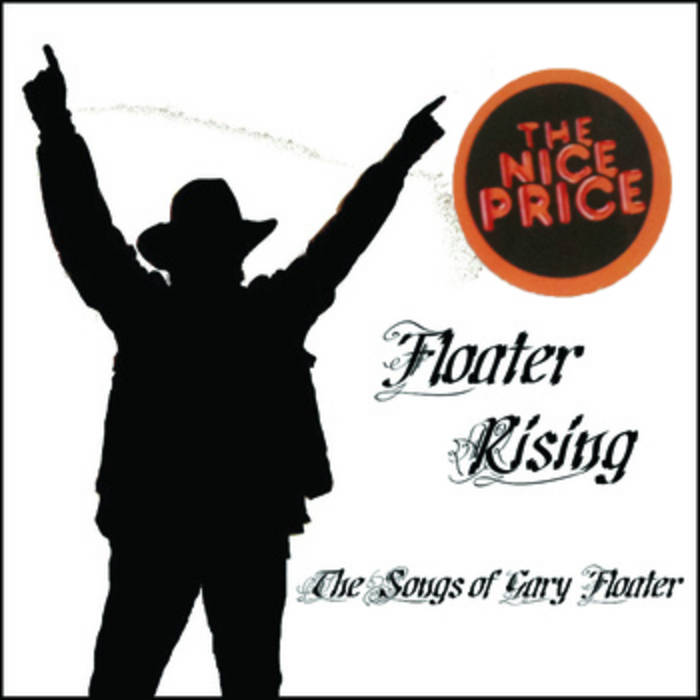 Through the fires of failure a tougher metal is forged.

And those failure fires have made Gary Floater into an incredibly hard headed man.

When the slick record executive in the suit handed Gary a new recording contract, Floater signed it – against legal advice – without reading it. Buried in the document was the worst deal in country music history- 10 albums in exchange for a four dollar advance and a 0% royalty for the artist.

Gary stole his lawyer’s pen, looked hard at the recordman, and said, “You go on ahead of me Satan, I’m right behind you.”

Only three records were eventually released on that ill-fated contract with Hyena Family Records: "Denim on Denim," "Soul Patch," and "You Had to Be There - Gary Floater Live." These albums hit markets in Sweden, Japan, and the state of Missouri in a famously uncoordinated release schedule.

The remaining Hyena Family recording projects were abandoned due to “quality control” concerns and "low sales", despite the fact that Gary had scratched out lyrics to hundreds of excellent songs, before an epic decade-long hangover prevented him from actually laying them down on tape.

When Gary’s artist friends came together in 2009 to make the tribute album, "A Hero Never Learns," may of these unrecorded "lost songs" were not considered, as Gary’s distinctive spelling and chronic laryngitis prevented anyone from knowing the lyrics.

As Gary himself was not willing or able to break away from his home shopping network addiction to help solve any of the lyrical mysteries, the songs were nearly lost to history.

Only through the efforts of legendary producer Flip Dickerson did a set of the songs reemerge. Flip led a team of redneck first graders who were finally able to translate the crayon scribble from one of Gary's Big Chief tablets into lyric sheets.

The lyrics in this particular tablet were apparently intended for an album called "The Devil’s Backpack" that never saw the light of day.

The resulting collection - of nine nearly lost Gary Floater songs - is remarkable as it shows a songwriterman getting back up on that gift horse and riding, with no doubts or reasonable caution, even as the stink of desperation blew across the deserts of his mind.

Flip Dickerson called up Puffy Dan Walters, who then phoned B.W. Akins, who called up Marvin Hopkins, who then contacted Roy Huffmeister over Myspace for another session. Now a second Gary Floater tribute album is in the can.

All songs written by Gary Floater

Track Name: That's What I'm Gonna Do
This old world can be confusing
All the colors shapes and sounds
Rules and regulations
Plants and animals abound

It’s not a threat, it’s a fact
We gotta win district back
This time there’s no looking back
It’s not a threat, it’s a fact
Track Name: Y'all Watch This
We were down at the quarry, having a hell of a time
There was a hundred foot ditch, trucks parked by the edge in a line
Jimmy jumped in his truck and he raised up a Shiner Bock
He hollered out the window, truck tires spinning out over the rocks

We were up on the spillway, though they said that the dam was closed
We were taking in the view when Eddie took off his clothes
He drank a chug of Mad Dog 20 then he raised up a rebel yell
Eddie sure could whoop and holler, but he couldn't swim too well

We were south of Laredo, having a ball at that ol’ Boys Town
Delbert couldn't speak good Spanish, that night he was throwing it down
He really only knew two words, vato and odelay
He yelled em as jumped onstage, pushed the donkey out of the way

Y'all watch this, y’all watch me
That donkey show wasn't meant to be
Sometimes life don't match plans
He's gonna need a doctorman
Y'all watch this
Track Name: Pull Over I Want to Eat That
I really shouldn't, I'm stuffed
You think I’ve had enough
Eat 'til I shit pants
Come on give me another chance

Cow, chicken, or pig
Put it on a sign real big
Til I'm full as a tick
Well, I think I'm gonna be sick

With my deep sea necklace shells that shine
I feel like a native from an earlier time
With my hat cut off at the top of my head
I feel like a pirate and the pirate said
Caribbean jerk chicken on my plate
Out on Sunburn Lake
Up on Jackass Creek
down on Shitface Dam
Out on Sunburn Lake
Summertime, sunnyshine lake bum sunburnt assholes on a boat
Track Name: Americana Me
I have got this guitar made of wood
Don't you think this guitar sounds so good
My roots are deep in this genre's music tree
Americana me

I wish my grandpa was still alive today
On our front porch, Americana's what he'd play
You know some things ain’t the way they used to be
They can change, not Americana me

He said there's an Old Bible, not the new one they've got out
That his daddy told him stories from, and he never had a doubt
He'd crack another cold one, tell stories never heard before
He'd pretty much act it out, them old tales of the Lord

He said dinosaurs tried to kill Jesus, but he fought em with his lightsaber
T. Rex and Pterodactyle could not tear down the savior
Listen to the stories daddy taught me well
How Jesus fought the dinosaurs and sent them all to hell

Then his spaceship took flight, he said he'd be back again
He'd come back down to Georgia, and help Charlie Daniels win
So I don't want to see your pictures of satanic giraffe
I don't believe in fossils, they only make me laugh
Listen to the stories my daddy taught me well
How Jesus fought the dinosaurs and sent them all to hell
Track Name: High with Guy
I’m getting high with Guy
Getting high with Guy
Guy and I
My, my, my
Get so high

He said a hundred percent of the pie
Belongs to Guy
If this song should fly
Getting high with Guy
High, high, high
Track Name: Yessir!
As my favorite singer sang I yelled out a loud “yessir!”
And he looked kind of startled, I guess I musta caused quite a stir
I took a picture of myself watching him with a camera phone I bring
So I won't forget the day I saw that ol’ boy see me watch him sing

I pointed to my eyes with two fingers, then straight at his, his eyes how they shined
He had his elevens showing - we were touching each other's mind
I know we had a moment made us both feel a little less alone
Seeing him, seeing me, yell at him, the greatest day I've ever known

Willie, Waylon, Merle, and George played Branson - each sang a tender song
Each time I hollered out “yessir,” they glared at me like I'd done something wrong
But I saw Nelson watching Jennings watching Haggard as he was watching Jones
Seeing them, seeing me, yell at them, the greatest day I've ever known